Campervans and the World’s Top Food Experience, Txotx and Pintxos in San Sebastián. 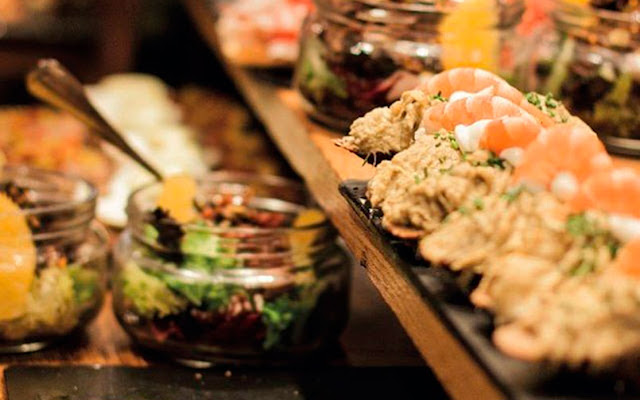 Near to the French border, Ola Sagardotegia (restaurant and cider house) in Irun Guipuzcoa, between January and April you can enjoy the traditional Basque cider pouring. Park at the site indicated in the España Discovery guide, page 281, GPS 43º19'22''N, 01º46'33''W.
Ola Sagardotrgia or Sidrería Ola is located in a 13th century forge, known as Arantzateko Burniola. It was rehabilitated to transform it into the current cider house and traditional restaurant. "It worth seeing the spectacular original walls, which have been preserved to this day."
The parking is located in the middle of the nature, in the Natural Park of Aiako Harria or Peñas de Aia". 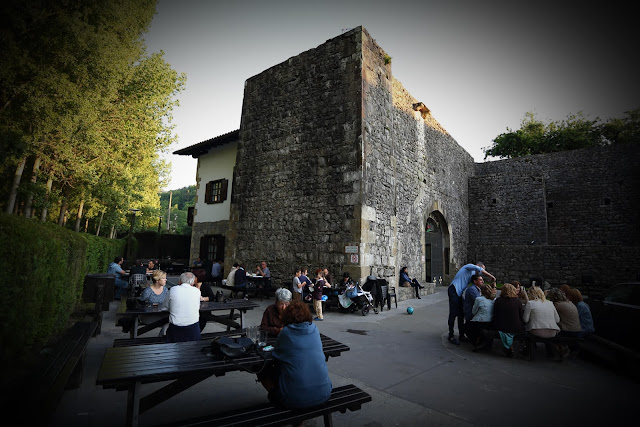 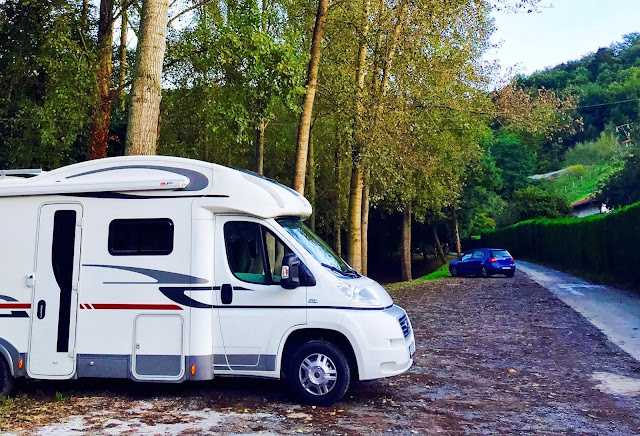 Photo: España Discovery
The “Txotx” is a social, cultural and tourist event where you can drink cider and enjoy a magnificent traditional menu. While customers eat, the cider master shouts "Txotx" and opens a small tap in the barrel. The guests, with a glass in hand, place themselves in a queue and wait for their cider. This ritual is repeated as many times as you want or can. 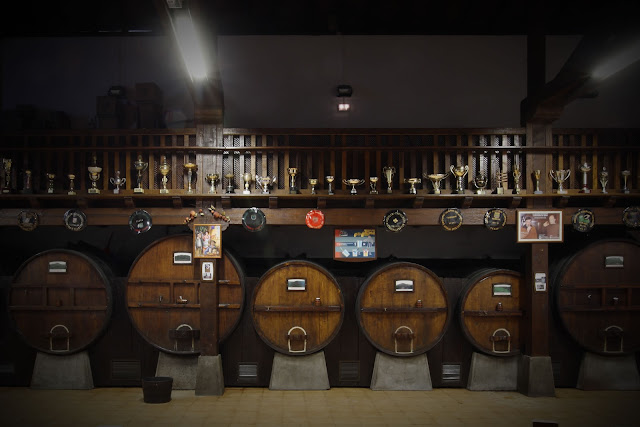 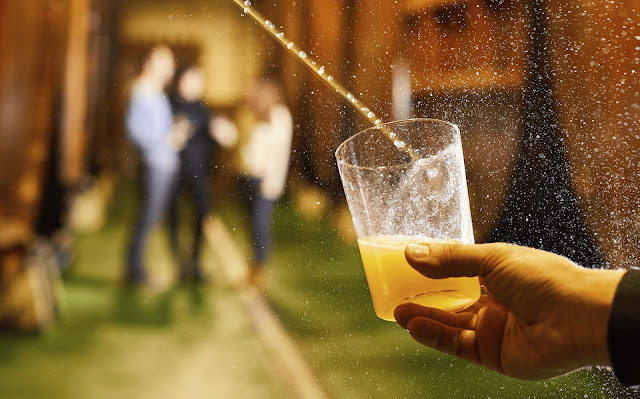 Photo: Ola Sagardotegia
San Sebastián
Parking in Illumbe motorhome service area, GPS 43º17'52''N, 1º58'18''W, next to Donosti Arena. Get the bus nº28 that leads to the Boulevard Zumardia that will be the starting point of the Pintxos route. The frequency of this bus is 6 minutes and it takes approximately 20 minutes to destination. 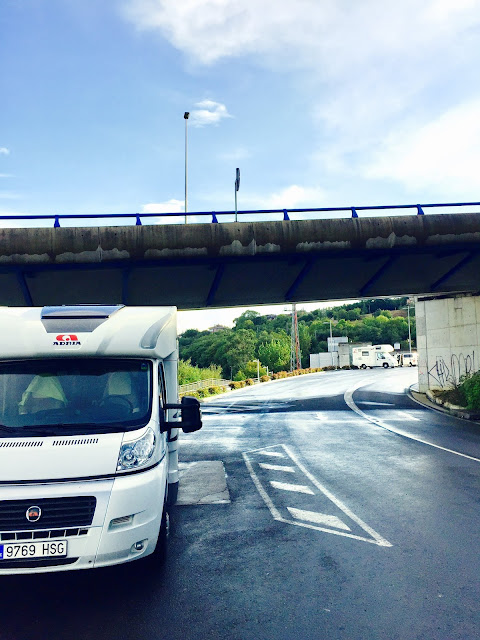 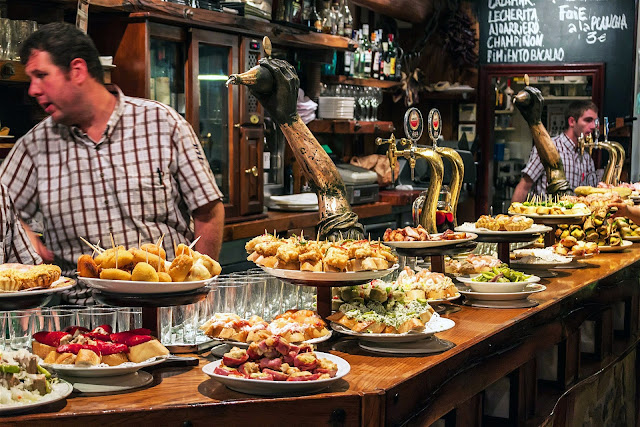 Photo: Matyas Rehak/Shutterstock
The gastronomic richness of San Sebastián and the Basque Country.
San Sebastián is the capital of the province of Guipuzcoa. It is a great tourist destination, very attractive to visit for motorhomes and campers!
Two motorhome service and overnight areas, and an efficient public transport service, make it a very accessible city for travellers in campervans. History, natural surroundings, gastronomy and beautiful beaches make San Sebastián much more than its historical centre.
However, we cannot talk about San Sebastián without mentioning those small exceptional culinary creations called Pintxos that have crossed borders. 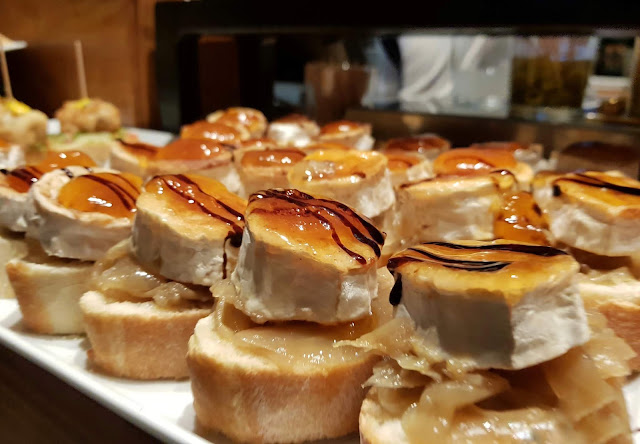 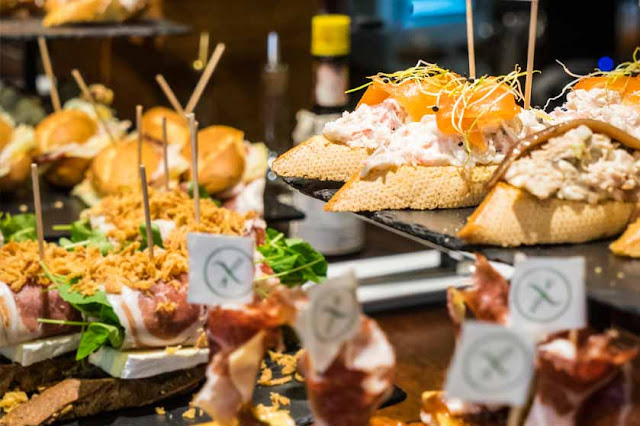 Photo: San Sebastian Tourism
According to "Ultimate Eatlist
"If there’s a better way to explore a culture’s cuisine than pintxos in San Sebastián, we’ll eat our shorts. The tiny bites (known as tapas outside of Basque Spain) are best consumed with an accompanying drink, seeing as you’ll be taking this particular culinary journey as a bar-hopping escapade through the streets of San Sebastián. Beginning their existence as small open sandwiches, pintxos can be experienced in many incarnations, from the traditional, piled-high toppings on bread, to molecular gastronomy renditions with flavours that defy what you see. Needless to say, almost every local ingredient is represented. It’s hard to list favourites, but the simple examples are often the ones that blow your mind – battered white asparagus, a tuna and anchovy tart or maybe mushrooms braised with garlic. To get the full pintxos and San Sebastián experience, have a lazy day in the city and surrounds, take an afternoon nap, and then head out around 9pm. You’ll never be more than a few minutes from your next bar, a whole new menu of tasty treats, and a whole new group of people eating and drinking – just follow their leads."

It's all said, take your motorhome or campervan and come to Spain …
Buy the España Discovery  guide and map here: http://www.espana-discovery.es/en/products 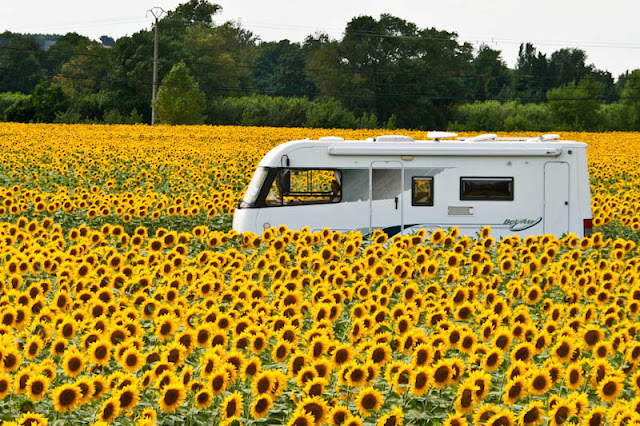 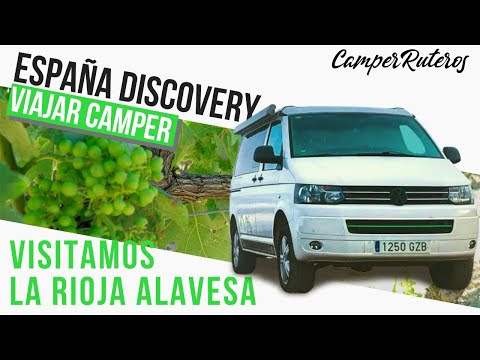 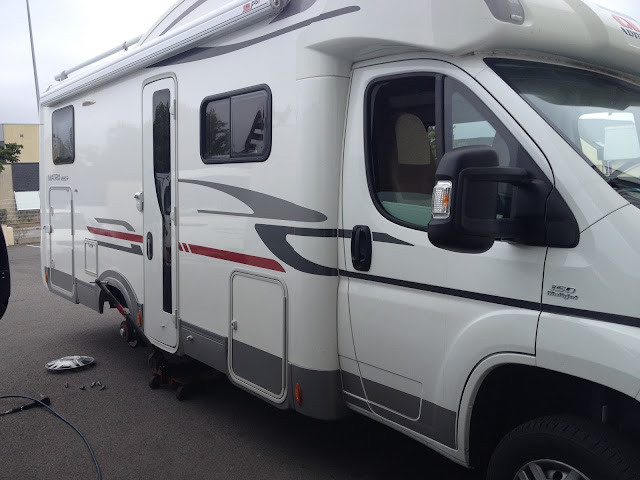 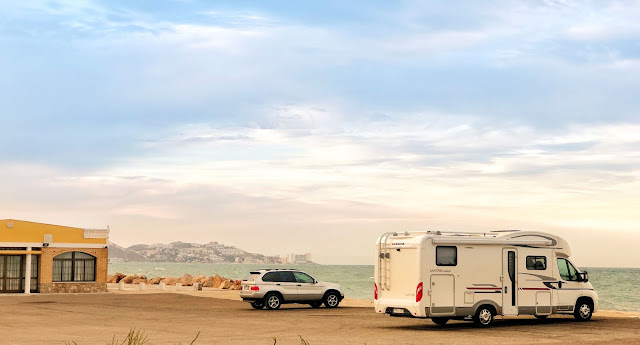 Both the coast and the interior of the provinces of Valencia and Alicante are particularly attractive, and even more on board a motorhome or campervan. With this in mind, we have designed a route considering three attractive points of interest - beach, mountain and vineyard - to visit, taste and spend the night. In three days!

Day 1 and starting point: Cullera, Restaurant El Cordobés, page 165 of the España Discovery guide, 39º08'04''N, 00º14'08''W.
This restaurant and hotel, is located in the Estany de Cullera, on the coast, established in 1958 by the lake of Estany. Previously a beach picnic place, now a days it is a restaurant and hotel straight next to the beach. It is currently run by the second generation, Santiago, Maribel and Ana, who welcome motorhome and campervan users. The visit is better during low and medium season. In summer, especially July and August it can be very busy due the large number of customers who go to the beach and the restaurant an…